tl;dr: A description of the level playing field created by the personal server paradigm. 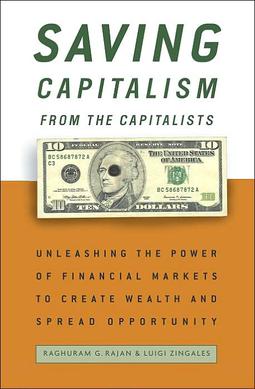 Ultimately, any for-profit entity would like to become as close to a monopoly as possible – that’s how they can charge the most for their product and make the most profit. And web services companies have all the right ingredients to become quasi-monopolies in their domain: highly scalable services, zero marginal costs, a dispersed customer base (of users and/or advertisers) who have little bargaining power, ad-supported zero-dollar-cost services, high switching costs with network effects… All of these ingredients can make web services great businesses. Ironically, just as capitalism and internet-economics reinforce companies’ monopolistic tendencies, such monopolies inevitably stifle innovation and over time, they blunt the greatest advantages of market-based capitalist economies – that is, the dynamism and innovation brought on by strong competition.

In contrast, the personal server paradigm can level the playing field, and force technology companies and service providers to continuously compete to deliver the best value proposition to end-users. In the previous post, I hinted at how that would work at the application level:  Because you can easily switch apps without losing your data, you are not locked in to any particular interface or any particular company creating any particular app. Developers and companies can continuously compete to provide better interfaces to the same basic application functionality. To make an analogy to the web services model, this would be like being able to use the Snapchat app to message your friends on Facebook and retaining access to your data across both platforms.

As importantly, the personal server paradigm can also create competition for back-end infrastructure. Because you have full app-portability and data freedom, you can easily change where you host your personal server. You can of course host it on a computer sitting at home. But more likely, most people would likely host their personal servers in the cloud, using service providers like Amazon, or Google or Microsoft. The difference here is that because you can easily switch your personal server provider, they would not enjoy monopolistic control over you. So they would need to do everything they can to compete for your business and offer you better services and / or lower prices. One could imagine a Dropbox or Amazon offering this service with different prices based on the amount of data you are storing. Alas, Google might offer to host it at a lower price if you give them the right to scan your data and serve advertisements to you. And most importantly, each of these would compete to convince you that they are the most secure guardians of your data. Your privacy and control would not be driven by government mandates but by the powerful forces of competition.

This scenario is not as fanciful as it may seem at first read. Today, Amazon and Google Microsoft and others are already competing to provide cloud services to their corporate customers. And although they all try to entice their customers with special offers which locks them into their platforms, it is actually quite simple to switch.

For example, I had my personal server, salmanff.com originally hosted on Amazon – they had offered me a year for free. It took me only a few minutes to switch it over to try Google, and then a month or two later, I easily switched to Heroku. (In this case, I had kept the same data base and file servers.) In each case, my domain was also switched to the new provider and so any links I may have had (such as https://www.salmanff.com/ppage/2019-a-server-for-every-soul) would be unaffected by the move. Of course, it took some rudimentary technical knowledge to make these switches. But then again, these services are not aimed at consumers today – they are targeting developers who have the technical knowledge required. Even so, it only took some minutes for me to switch web servers and I didn’t have to use any fancy software – it was all via a point-and-click web interface. This is all the result of the more level playing field these companies face in the corporate cloud services market.

What’s more, this competition has made setting up a web server not much more complicated than setting up an account on Google or facebook. (see freezr.info) It’s all done via a web interface, and it only takes a few minutes. If anything, it has become slightly harder in the past 2-3 years to set up a freezr personal server on various services, because these services are focusing more and more on larger corporate customers, rather than amateur developers who want to set up their own servers. This is also reflected in the price tiers offered by such providers. For example, Red Hat Openshift’s trial jumps from 0 or trial usage to more than $50 per month – a jump to the high levels of usage more appropriate for corporate servers than personal servers and budgets. Clearly, if the personal server paradigm becomes popular, and many people require hosted personal servers, these same providers can easily tweak their offerings to make them even more consumer-friendly, and offer more attractive prices to them. Meanwhile, despite the fact that these companies are not targeting the (as of yet non-existent) personal server market, viable hosting solutions can be had at less than $7 per month with Heroku for example, or even potentially for free at basic usage levels. (Google Cloud recently made changes to their offering that should make it quasi free at low usage levels.)

What is amazing about competitive private markets is that they help to level the playing field – something which is markedly lacking in the technology world today. Companies like facebook and Amazon and Google have amazing technologies and amazing engineers developing their offerings. Wouldn’t it be nice if they competed to gain our loyalty without locking up our data?